Ｑ：「DAIJOUBU」: what does it mean?
Many times, when I watch Japanese TV shows, I don’t know if it means YES or NO. 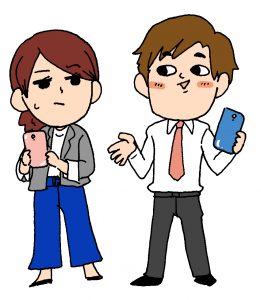 Yes, I can definitely relate to that experience: me too, I find myself confused some times in the middle of conversation, by the use of “DAIJOUBU”.

Originally, “DAIJOUBU” was used only with the meaning of “No problem” or “It’s fine, no worries”. But from a certain point in history, young people started to use the word as “No, thank you” or “I’m good”, in situations where they want to refuse something.

In conversation like these, the person hears “DAIJOUBU” and expects a positive response (OK), while actually they are being turned down, rejected. It’s not strange that people make mistakes. Is there a reason for why to say NO is used “DAIJOUBU”? Very likely it is because nowadays many young people cannot say NO and refuse things directly because they are afraid the other person will feel bad, and so they use “DAIJOUBU”. This usage might be born in order to be polite, but for me, it’s still hard to understand!